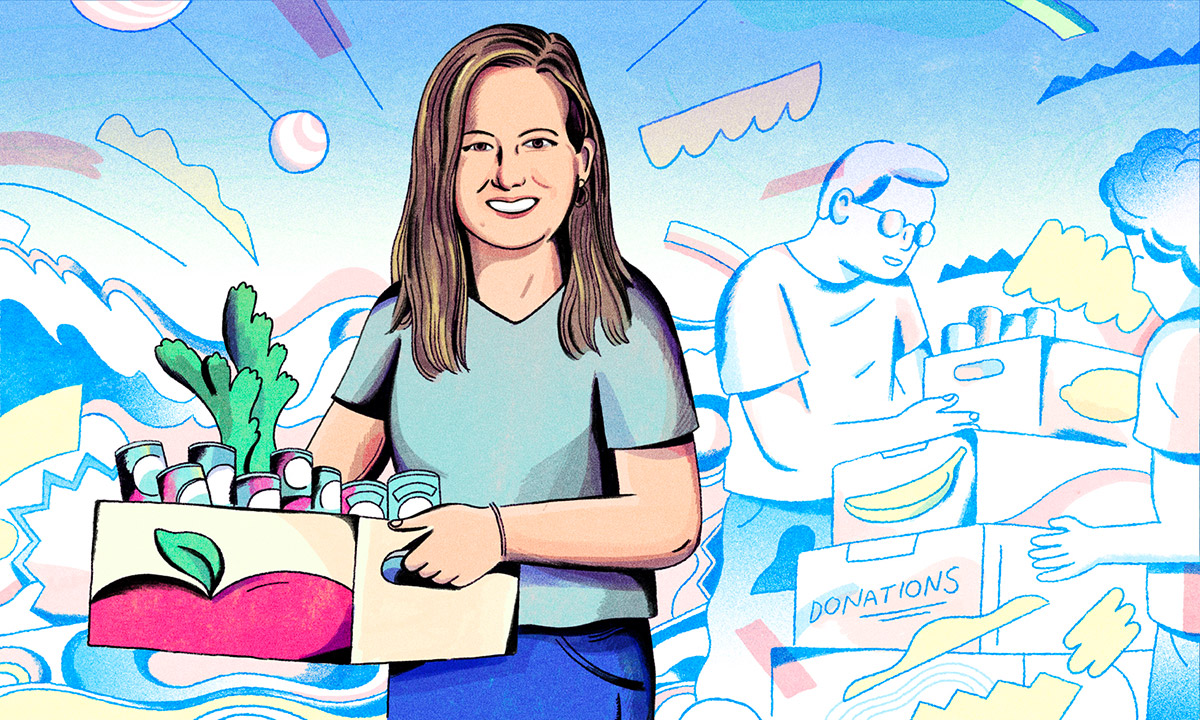 Kelli Davis is a vice president of retirement plan consulting at CSi Advisory Services, where she has worked since 2008.

It is a dynamic role that involves working directly with clients and helping them solve their retirement plan design and investing challenges. Davis says the job is a rewarding one, made even more so by her firm’s commitment to giving back to charitable causes in the Indiana community.

“It was an organic decision based on the fact that we all felt that we needed to start doing something together to give back to our local community,” Davis explains. “We knew we were at a point where we had the ability to make the time commitment and the financial commitment. We embraced a multitier approach from that point.”

One program the team established allows staff members to “dress down” and wear jeans on Fridays, so long as they have made a charitable donation during the week. Every six months, the team submits proposals for which charity to benefit next, and the firm matches staff donations.

“Our team puts forward proposals and we all discuss and vote on which organization we are going to support,” Davis says. “This whole approach creates such great buy-in among the staff. It has come to mean a lot to them. It’s so important and meaningful to have the staff pick the causes. They have a stake. They want to support a cause that means something special to them, and it should connect with their passions.”

The next big component of CSi’s giving is an annual service day—which the staff also gets to vote on. Most recently, the team has been working with Gleaners Food Bank of Indiana, an entity that generates most of the food bank contributions going to about a third of all the counties in Indiana.

“It is a very large population of Indianans they are serving,” Davis says. “They have a giant warehouse with about 50 people on staff, but they need about 200 or 300 people a day to fulfill the needs. They crowdsource the rest of the work from community volunteers. When we go in to serve, one of the full-time staff members is with us all day, and we get to learn about why this work is important, why this work matters. We all find it to be such a meaningful experience.”

About a year and a half ago, CSi decided to expand its giving efforts again and to leverage the firm’s longstanding focus on financial literacy and education.

“We felt we needed to do something where we could have an impact at a younger age,” Davis says. “That is how we came across an organization called Invest in Girls. They go into high schools and teach financial literacy.”

Invest in Girls had mostly been focused on the East Coast, Davis says, with no presence in Indiana.

“In fact, when we reached out, they said they were already interested in launching a pilot program in Indiana, and asked if we would take that on,” she says. “We decided to step up and we brought the program here. Now, we work with about 25 different school systems in the state. We had mapped out a curriculum that we thought would be helpful and interesting, but during the first sessions we also polled the students and asked what they wanted to know about.”

Davis says it was amazing to see the entrepreneurial spirit of a lot of the girls.

“Many of them say they want to own a business someday, and they want to understand how to do that,” Davis says. “We redeveloped and pivoted our educational plan to match what they told us, and it has turned out to be really amazing. It’s so important because the teachers don’t have the time or funding to teach any of this.”

In terms of the impact on staff, these giving efforts have been very powerful, Davis says.

“They feel good about working for an employer that is dedicated to these issues,” she says. “I know they enjoy being able to tell our clients about it. When I go to client meetings on Fridays, I explain why I am wearing jeans and I get to tell them about the work we are doing and the causes we are trying to support. Also, this is very much a part of our recruiting and hiring process. Young people coming into the workforce right now really identify with these causes and working for an employer that agrees with their values.”