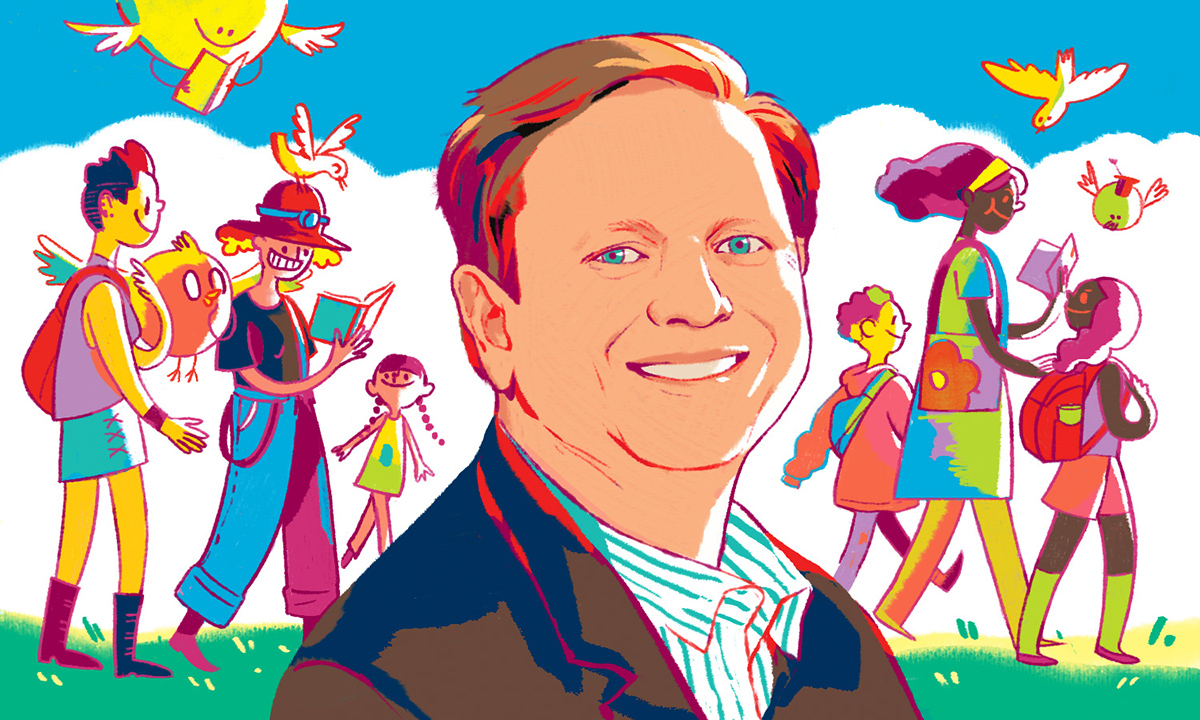 Randy Long, chief executive officer of SageView Advisory Group, says it was his wife, Mary, who got the ball rolling on the SageView Foundation. “My wife wanted for us to do something together, to be able to give back to communities at home, and around the world.”

Mary Long says, “Originally, my thought in terms of the Foundation was always a desire in my heart that Randy and I would do something together, that we would be partners in a ministry larger than ourselves. We have a responsibility to be good stewards.”

“At SageView, giving back is personal,” Long says. “That’s what gave us the inspiration to establish the SageView Foundation with two goals in mind: To provide health care and education for women and children in crisis, and to promote microfinancing initiatives that bring sustainable change to local and international economies.”

Much of the Foundation’s work to date is focused on Rwanda. Long says he and his wife chose to work in this challenged country since it had suffered genocide 25 years ago. The Foundation’s focus in Rwanda is in one of the districts that was most devastated by the conflict.

“We felt this was a country we could support and that the need was so great,” Randy Long says. “From a humanitarian standpoint, a dollar goes very far there.”

The Foundation began its work there by purchasing 20 acres of land to create a farm where chickens and cows could be raised and vegetables and fruit could be grown, Randy Long says. Besides providing nutritional sustenance that feeds 100 people a day, the farm is also a place where the workers can learn how to grow their own fruits and vegetables.

“As a business owner and an entrepreneur, I wanted to give the people a hand up rather than a hand out,” Randy Long says, “to empower them to do it for themselves and to restore their dignity. The way out of poverty is education, which is why the SageView Foundation built additional classrooms for a school near the farm, and a technology lab for the nearby high school. We now provide scholarships for our farm workers’ children to attend these schools.”

While the Foundation works with 14 organizations around the world, in Rwanda, the four main foundations that it works with are Women for Women; Edify, which provides microfinance loans for education; Hope International, another microfinance group; and Acts for Rwanda.

Stateside, the SageView Foundation primarily works with Habitat for Humanity in Knoxville, Tennessee, which builds affordable homes in low-income areas; the Orange County Rescue Mission in Tustin, California, which houses and educates the homeless; and the Lena Park Community Center after-school program in Boston.

Overseeing all of this work is SageView Foundation Executive Director Kathryn Coen, along with a board of directors that determines how to disburse the funds. The Foundation also has a country director in Rwanda who is from that nation.

To manage the foundation’s progress, Long and his wife travel about four weeks of the year. “When you give of your time and expertise, it really makes an impact,” Randy Long says. “Being involved firsthand is extremely rewarding.”

Each year, the Foundation raises $200,000 to $300,000, Randy Long says. As for the future of the Foundation, he hopes to work more closely with current partners and to expand services in the United States.

Asked what he views as the biggest accomplishments of the Foundation, Randy Long says, “It has been extremely rewarding to watch our initiatives bring hope to individuals, families and communities worldwide. Our mission has come to life, thanks to our many partner organizations and key influencers who share our vision, allowing us to create a global footprint in only a few years. I would also like to thank everyone who has been so generous with their gifts to the SageView Foundation. We sincerely thank our donors from the bottom of our hearts.”