Home > Exclusives > News > Client Service > Advisers Giving Back: A Big Year (and Day) of Giving for the CCF 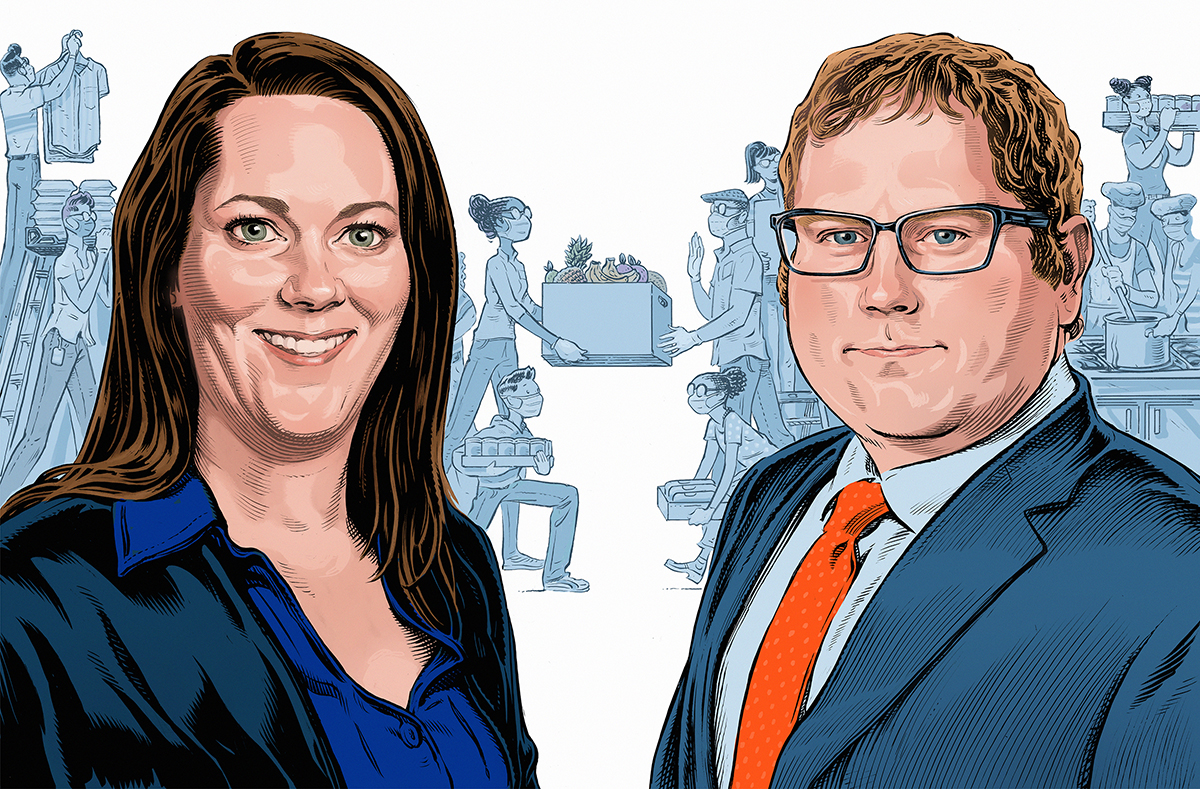 According to Tiffany Larew, an employee relations manager with CAPTRUST in Raleigh, North Carolina, the CAPTRUST Community Foundation (CCF) did not miss a beat when the coronavirus pandemic first hit the U.S. early last year. At the time, Larew was serving a term as president of the CCF, and she recalls how the firm’s leadership made the call to go fully remote on March 16.

She says the fact that the organization already had in place a strong infrastructure allowed it to get moving quickly to help address the challenges the pandemic raised. The CCF board, and the entire CAPTRUST staff, also had peace of mind knowing that the firm’s leadership had assured them the advisory business would be stable and that they should stay focused on serving clients and on giving back to the community.

The strategy worked. The CCF raised almost $5 million in 2020, of which it donated a record $1 million, to benefit 211 nonprofits, over that difficult year.

As explained by Philip D’Unger, the CCF’s 2021 president and a senior team leader for wealth planning, the highlight of the year was the Giving Thanks campaign, which culminated in Giving Tuesday, on December 1. The campaign saw the CCF distribute $10,000 to each of 45 charities across the country.

“This $450,000 in contributions was made possible by CAPTRUST employees raising [that] $4.8 million,” D’Unger explains. “Each CAPTRUST office was given the opportunity to choose a nonprofit in their community to receive this $10,000, with the only requirement being that the organization help to provide food, shelter or other basic needs for families.”

For context, between its founding in 2007 and the end of 2019, the CCF had given roughly $1.6 million in total grants. Today, it has multiple millions left in the coffers that can be strategically invested and distributed in a meaningful way, D’Unger says.

“That was a big accomplishment, but later in the year, when we saw no [immediate] end for the pandemic, the giving really accelerated,” she notes. “CAPTRUST founder Fielding Miller really pushed us to ask everyone to dig deeper, and in the end we raised an incredible amount of money. The best part was the happiness our employees felt about giving and just the fact that they were able to not even think twice about giving as much as they could.”

Asked to name a charity that a branch donated to and whose story stayed with her after the Giving Thanks campaign, Larew cites an organization in Akron, Ohio, called FullyEquipped. The 501(c)(3) nonprofit partners with underfunded local schools to equip kids for school, sports and life.

“They had a youth come in who was not expected or budgeted for,” she recalls. “He really likes to play basketball, but the organization was worried that it wouldn’t be able to provide shoes and other sporting goods for him—just the basic needs of food, clothing and shelter. However, the $10,000 grant allowed them to provide a new pair of basketball shoes for this boy, in addition to assisting others. It shows how $10,000 can make a big impact on an organization like that, to really brighten up a boy’s life.”

D’Unger says it is also important to recognize that his peers, and CAPTRUST itself, are very generous with their time—not just with their dollars.

“Everything we do from a foundation perspective is a partnership,” he says. “When you work with the CCF, the firm sends both people and money. We have a volunteer aspect to everything we do.”

Regularly on PLANADVISER.com, we present the profile of an adviser or advisory practice involved in philanthropic efforts. Besides to highlight the works that plan advisers do, and to attract a new generation, we hope these stories will inspire those still unsure about what role corporate responsibility or philanthropy should play in their firm.

Are you an adviser who gives back to the local, regional or global community? If so, we’d like to hear about it for our Advisers Giving Back program. If you have, or know of, such a story, please email editors@issmediasolutions.com.