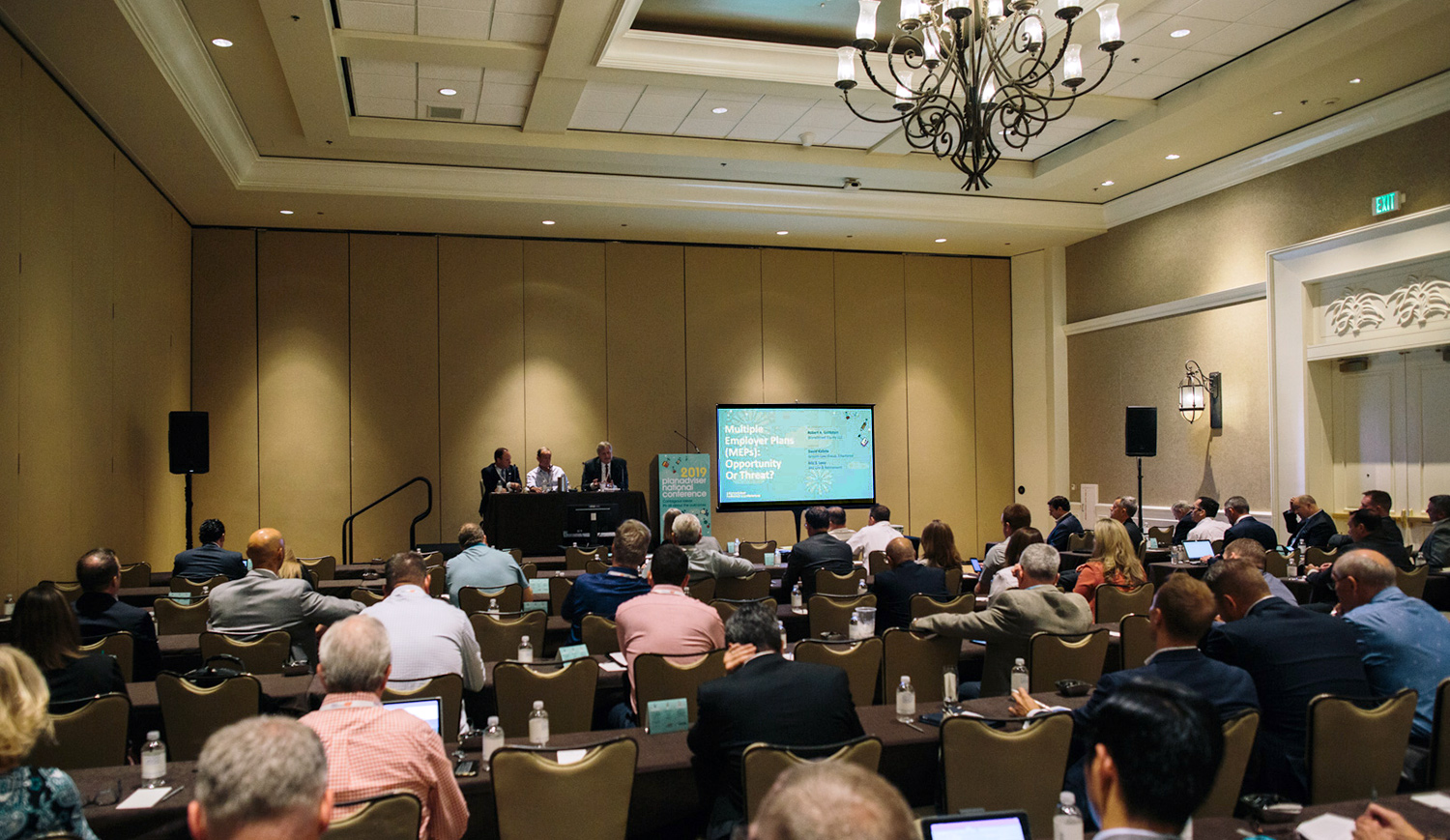 If the SECURE Act gets passed and small businesses have the opportunity to join “open” multiple employer plans (MEPs)—i.e., without the common nexus requirement—this would offer plan advisers a huge opportunity, said Robert Goldstein, principal with StoneStreet Equity, in the “Multiple Employer Plans—Opportunity or Threat?” panel at the 2019 PLANADVISER National Conference (PANC). For the first time, they’d be able to efficiently, economically, serve small businesses as the adviser, not to mention as the 3(16) and/or 3(38) fiduciary.

By aggregating the functions of a retirement plan, MEPs create “huge scale” in the micro market that advisers otherwise could not achieve, said Goldstein, who served as the panel’s moderator. “The plan files only one Form 5500, goes through one audit and has one fund lineup. The ability to market these could be a threat—unless you take advantage of it.” Because of the current requirement that members of the MEP have a common nexus, these types of plans are most common among associates, he said.

“MEPs are treated as a single plan, for the purposes of ERISA [Employee Retirement Income Security Act],” added David Kaleda, a principal with Groom Law Group, Chartered. “One lead sponsor can be the capital administrator, and it limits each plan sponsor’s individual fiduciary responsibilities. The MEP can create a subsidiary that handles TPA [third-party administrator] services. That has worked under the law.” However, “the DOL has historically not favored these plans, thus limiting companies’ ability to have open MEPs.”

The most common type of MEPs are association MEPs, such as car dealerships, chambers of commerce or broadband providers, Kaleda said.

“The DOL recently issued an association retirement plan regulation, which was just an expansion of its opinions on association MEPs, to say that the commonality could be based on geography,” he said. “But that region has to be smaller than a state.

“While the DOL thinks it has taken MEPs as far as it can, the Trump administration, on the other hand, thinks open MEPs could be very beneficial,” Kaleda continued. “These plans could even be used by the self-employed. The SECURE Act would allow for open MEPs, and the sponsors of those could even be financial service providers.”

Eric Levy, executive vice president, AIG Retirement Services and AIG Life & Retirement, said he is very much in favor of open MEPs, “as there are hundreds of thousands of companies and organizations that don’t have a retirement plan, particularly charitable organizations and nonprofits.”