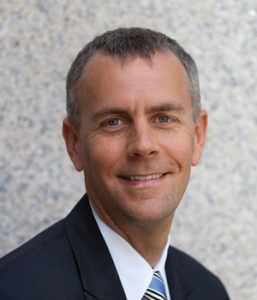 FOR A WHILE LAST YEAR, the tax bill moving through Congress included changes that would have made it hard to continue offering nonqualified deferred compensation (NQDC) plans to highly paid executives. By the time the Tax Cuts and Jobs Act was signed by President Trump, though, it included changes that may actually make deferred compensation programs more attractive for certain plan participants and their employers. To find out why, PLANADVISER spoke with Jeff Roberts, national new business manager for ADP Executive Deferred Compensation, which administers over 140 nonqualified plans with $8.5 billion in plan liabilities across 21,000 executive accounts.

PLANADVISER: What are the tax law’s most significant changes around executive pay and nonqualified deferred compensation programs?

Jeff Roberts: The most substantive change concerns Section 162(m) of the federal tax code, which has long precluded companies from taking a tax deduction for compensation above $1 million to a ‘covered employee’ in any one year, albeit with a few significant loopholes. In the past, covered employees were defined as the CEO plus the company’s next three highest-paid workers, excluding the CFO. Now, a covered employee will be anyone who has ever been the CEO, CFO or one of the three most highly compensated officers in any year after 2016. Also, once you’re classified as a covered employee, you now remain one through and following your death. Over time, a company could have many more covered employees, including some receiving compensation in retirement, and in each case would have its ability to take a tax deduction constrained.

PA: The constraints around deductibility have been broadened in other ways, too, haven’t they?

Roberts: Yes. They no longer apply only to U.S. companies with publicly traded shares. Now, Section 162(m) rules also apply to companies with publicly traded debt, and foreign firms whose ADRs [American Depository Receipts] are traded here. And while Section 162(m) doesn’t apply to nonprofits, the new tax law creates something very similar for them. Finally, the new law closes those loopholes we mentioned earlier. It used to be that if you had income greater than a million dollars, the portion above $1 million was still deductible if it took the form of a performance-based bonus or commissions. You saw a lot of executives getting $1 million in base play, plus big bonuses. Now, all compensation of any kind over $1 million is not deductible when paid to a covered employee.

PA: It sounds like a lot of companies will see their tax bills negatively impacted. How can they minimize the damage? Could deferring more compensation help?

Roberts: They could, which is why they also might limit incentives to defer compensation, or consider stretching out payments from the deferred compensation plan over a longer period of time. To the extent this keeps payments under $1 million a year, the company continues to receive a full tax deduction.

PA: With the recent cuts in federal income tax rates, some economists are predicting federal budget deficits as far as the eye can see—possibly leading to tax rates climbing again in the future. If you’re an executive and think that’s possible, how should it influence your willingness to defer compensation?

Roberts: It should factor into your decision. If you voluntarily defer despite potentially higher future tax rates, you still benefit from the investment earnings in your deferred compensation account compounding on a pre-tax basis until withdrawal. The longer the pre-tax earnings compound, the more likely the additional earnings will offset potentially higher future tax rates. If your company also contributes to the plan, that can help, too. Finally, if you live in a state with high state income taxes now, but plan to retire to a state with low taxes, deferring again becomes relatively more attractive.

The views expressed in this article are the speaker’s own and not necessarily those of ADP, LLC or its affiliates. The article is for general information only and is not intended to provide investment, financial, tax or legal advice or recommendations for any particular situation or type of retirement plan.
SPONSORED BY