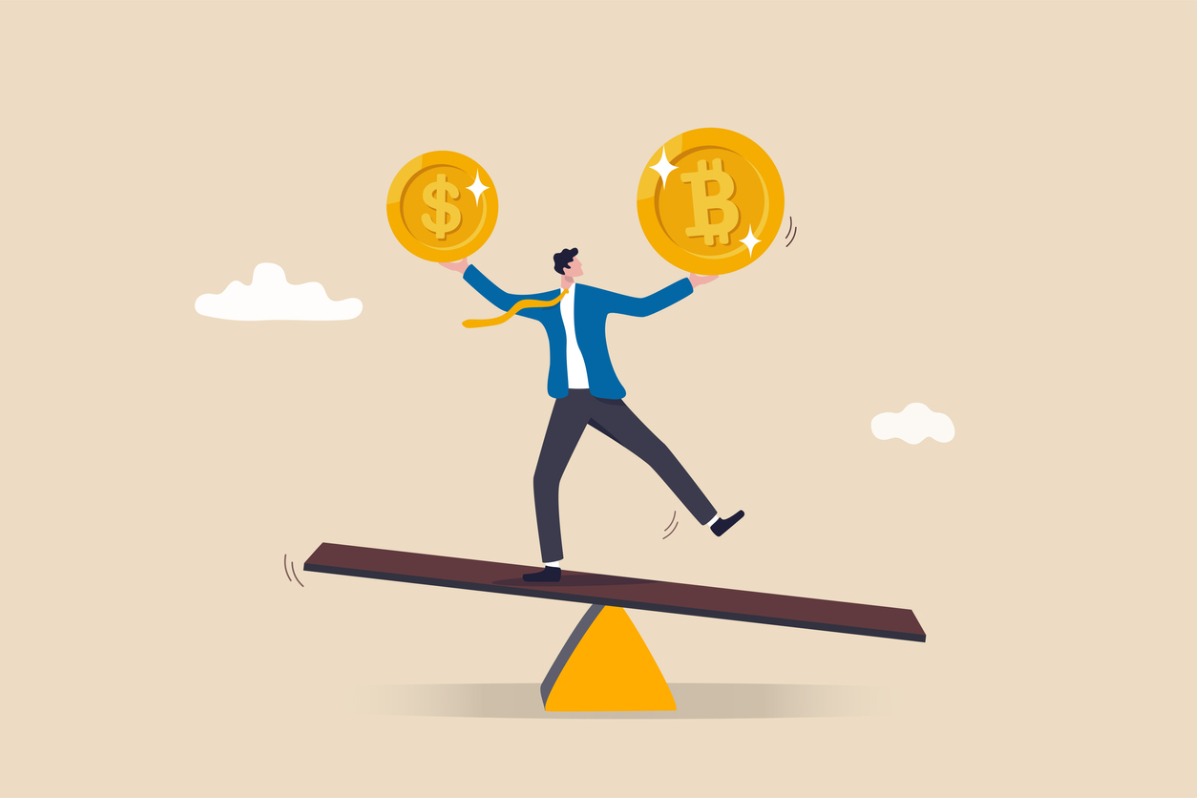 Fidelity Investments could find itself alone among retirement plan investment providers for offering bitcoin as an appropriate investment for inclusion in 401(k) plans.

The April 26 announcement of the intended offering received swift rebuke from Department of Labor Acting Assistant Secretary of the Employee Benefits Security Administration Ali Khawar this week. “We have grave concerns with what Fidelity has done,” he told the Wall Street Journal.

Plan sponsors offering bitcoin in-plan as part of the core investment menu would expose the plan, investment committee and plan participants to myriad risks, says Jerry Schlichter, managing partner at Schlichter Bogard & Denton, who has made a practice of suing plan sponsors for fiduciary breach. Plan sponsors could be vulnerable to greater litigation risks from the plaintiffs’ bar, he explains.

“I don’t see a way at the current time that a plan sponsor can say it’s in the exclusive best interest of employees to invest in a new kind of investment vehicle that has no long-term track record, that has hefty fees 20-times higher than index funds and has lost 40% of its value in the last six months,” Schlichter says.

Plan fiduciaries under the Employee Retirement Income Security Act owe fiduciary duties of loyalty and prudence and must always execute a retirement plan in the best interests of participants.

Fidelity’s fee for accounts that include bitcoin will be between 0.75 basis points and 0.90 percent of assets, with lower costs depending on several factors including the plan sponsor and amount invested. There will be an additional trading fee not yet disclosed, the firm said.

The DOL stated concerns last month about whether cryptocurrency is appropriate in retirement plans from a fiduciary standpoint.

Securities and Exchange Commission Chair Gary Gensler is similarly skeptical about cryptocurrencies, including bitcoin. Gensler has repeatedly advocated for greater guardrails and possible regulations to fulfill the SEC’s mission to protect investors.

“Right now, we just don’t have enough investor protection in crypto. Frankly, at this time, it’s more like the Wild West,” Gensler said at the Aspen Security Forum last year.

Fidelity’s announcement that it will offer a bitcoin investment for inclusion in a 401(k) fund’s investment lineup prompted one plan sponsor to immediately check with its adviser to examine any possible exposures.

“As fiduciaries with some Fidelity funds in our plan’s investment menu and upon seeing Fidelity’s announcement, our adviser–CAPTRUST—was immediately contacted regarding any potential cryptocurrency exposure,” says Terri Deneen, an EBSCO plan administrator. “CAPTRUST assured us our plan and participants have no meaningful exposure to cryptocurrency. The fiduciaries of the EBSCO Savings and Profit-Sharing Plan have no plans to include, or even consider including, cryptocurrency exposure at the present time.”

Deneen adds that CAPTRUST said in a statement that the adviser continued to recommend that plan sponsors use “extreme caution” with cryptocurrency as part of a defined contribution plan because of the DOL’s strong objections.

Fidelity remains confident that the launch will support plan sponsors in providing digital assets in defined contribution plans, “as an increasing number of their employees are already investing in digital assets,” a spokesperson says. The firm estimates that nearly 80 million U.S. investors own or have interest in digital currencies.

Dave Gray, head of workplace retirement offerings and platforms at Fidelity Investments, says that Fidelity launched the offering because they “are always looking ahead at workforce trends, demographic trends and anticipating the needs of our plan sponsor clients.”

He adds that many plan sponsors have expressed interest in bitcoin for 401(k) plans. The firm’s announcement named MicroStrategy—a business intelligence, mobile software and cloud-based services company—as the first plan sponsor client planning to add the offering to its 401(k) plan later this year.

“We have many other client conversations that have been going on up to the press release and now even more so since the press release,” he says. “It is a wide range of different types of clients, industry types [and] sizes of retirement plans. It is not just all technology companies or just companies that have built their business around bitcoin or the blockchain. We’re seeing this across a wide range of companies, from technology and manufacturing to professional services firms and beyond.”

Cryptocurrency usage has increased to 25 million households with investable assets—22% of households in 2021—from 8% in 2020, according to research from firm Hearts & Wallets.

But consumer demand alone is not enough to justify the launch, says Laura Varas, CEO of Hearts & Wallets. She is concerned that bitcoin holders have misused bitcoin and would do so in a retirement plan context.

“The problem is they’re not using it for payments,” she says.

Among consumers, only 22% are using bitcoin exclusively for payments, while 66% are using it to trade and 12% are doing both.

With 78% of users trading crypto, the reason given is that, “in [traders’] exact words, ‘high volatility creates opportunities to make money trading,’” Varas explains. “We all know that foreign currency trading is one of the riskiest endeavors in investing that requires a lot of expertise. When you’ve got three out of four of 25 million households saying that they’re currency trading to make money because it’s volatile, that’s a problem, and it’s a bigger problem for young investors.”

Varas explains that because bitcoin is extremely volatile it is not appropriate for long-term investors who must accumulate sufficient savings—over decades—to last through retirement.

While “Fidelity [is] showing leadership by introducing a product that will help consumers do what they’re already doing, potentially more safely,” this is not the method, she says.

Cryptocurrency and bitcoin platforms are useful for engaging newer, younger investors “in, hopefully, a more balanced approach to thinking about investing,” Varas says. “There tends to be a view [among younger investors] of [only] cash or crypto, and there’s so much more out there.”

Fidelity’s launch could also engage younger investors in conversation on investing—and possibly retirement planning—earlier than they might otherwise think about it, Varas adds.

“A 401(k) is hardly the ideal account type for the riskiest investments,” she says. “But the workplace is a good place to meet younger investors where they are, [who] today actually are more likely to be trading stocks than they are to own mutual funds.”

She notes that investing app Robinhood is able to engage younger investors more efficiently than a “a fuddy-duddy retirement plan. The measure of success of this product is not going to be the assets that this particular fund gathers, it’s going to be all of the dialogues and the learning around it.”

Micah Hauptman, director of investor protection at the Consumer Federation of America, says that he agrees with Khawar’s position on the launch.

Greater fiduciary risk can raise plan sponsors’ liabilities and lead to higher costs for participants, he explains, and plan investment committees and plan sponsor fiduciaries are not prepared to perform the analysis necessary to make determinations about including bitcoin in the investment lineup.

“It certainly has the potential to increase costs for plan sponsors, and if the costs are increasing for plan sponsors, they could redirect those costs to plan participants,” he says. “But ultimately, it’s plan sponsors who are going to be on the hook. And when you think about the composition of most plan sponsors, they’re small businesses—and many of them don’t have the type of financial sophistication to conduct this type of analysis.”