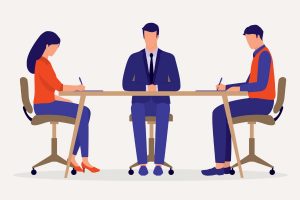 The Mental Health Matters Act passed the House in late September by a vote of 220 to 205.

The bill, which was initially proposed in the House in May, would amend the Employee Retirement Income Security Act to make mandatory arbitration clauses unenforceable. This means that benefits plans would be banned from requiring predispute arbitration as a condition of joining the plan. The bill would also eliminate discretionary authority for plan administrators in providing benefits.

Title VII of the bill renders forced arbitration clauses, class action waivers, discretionary clauses, and representation waivers unenforceable for the purposes of benefits governed by ERISA. Beneficiaries may still consent to arbitration after a dispute arises however, as long as the following conditions apply: the participant was not coerced into agreeing to arbitration, the participant must be informed in writing of their right to refuse to agree without retaliation, and they must have a 45-day waiting period to agree to arbitration.

Plans would have one year to comply with the regulations.

Other sections of the bill would increase funding for mental and behavioral health care in schools.

Lastly, the bill would empower the Department of Labor to bring more civil actions to enforce the Mental Health Parity and Addiction Equity Act which requires insurers to provide the same mental and behavioral health benefits that they provide for medical and surgical claims. Specifically, the bill would authorize $240 million to the Employee Benefit Security Administration and $35 million to the DOL’s Solicitor General’s office over 10 years for this purpose.

The Biden Administration has come out in public support of the bill, suggesting that President Biden would sign it if it passes the Senate.

“H.R. 7780 will strengthen the provision of affordable mental and other health care by authorizing critical tools and resources for the Secretary of Labor to enforce provisions of the Employee Retirement Income Security Act, including those added by the Mental Health Parity and Addiction Equity Act of 2008. And it will help prevent Americans from being improperly denied mental health and substance use benefits by ensuring a fair standard of review by the courts and banning so-called forced arbitration agreements. The Administration urges the House to pass the Mental Health Matters Act of 2022.”

The American Hospital Association also supports the bill on the grounds that forced arbitration agreements limits access to a “fair standard of review by the courts.”

The Morgan Lewis law firm cautioned that this would encourage more costly litigation and frivolous suits, since many weaker cases are filtered out by the more expedited arbitration process.

The US Chamber of Commerce has also voiced opposition to the bill. It likewise notes that it will encourage more litigation and that employees tend to be more successful in arbitration than in court proceedings in both case victory and award size, though beneficiaries would have the option to seek arbitration. Rep. Matt Gaetz (R-FL) also noted that data showing higher plaintiff success rates in arbitration likely does not account for private settlements that arise as a result of bringing a formal lawsuit.

There are some precedents for this legislation in both state and federal law. For example, California already bans discretionary clauses for long-term disability insurance.

In March of this year, President Biden signed the Ending Forced Arbitration of Sexual Assault and Sexual Harassment Act, which would enable victims of sexual assault and/or harassment to file their claims in court instead of being forced to participate in arbitration.

Consumer Reports has also come out in support of similar legislation in other contexts. It notes that forced arbitration clauses place ordinary consumers at a disadvantage, and support the Forced Arbitration Injustice Repeal Act, introduced in the Senate in March 2021, which would ban mandatory arbitration in an employment, consumer, anti-trust or civil rights dispute.

While the Mental Health Matters Act passed the House Sept. 29, it does not appear to have been debated yet in the Senate.

The text of the Mental Health Matters Act is available here.