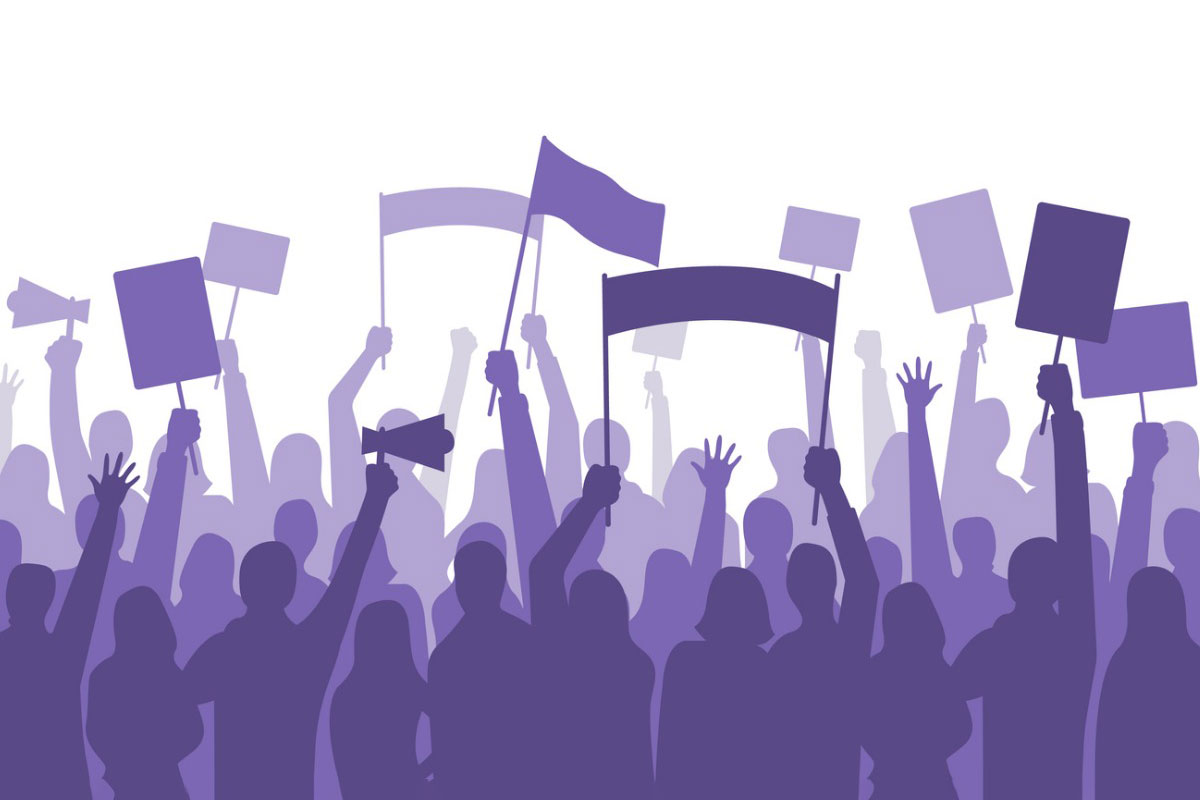 Over the past month, thousands of workers in companies across the country have been on strike or have walked off the job. Thanks in part to the pandemic but also due to other longstanding issues, employees say they are frustrated, and they are demanding better working conditions and wages.

There were 56 strikes in October, and at least 268 so far this year, according to the Cornell University School of Industrial and Labor Relations’ labor action tracker. The research team behind the tracker defines a strike as “a temporary stoppage of work by a group of workers in order to express a grievance or to enforce a demand that may or may not be workplace-related.”

The Cornell researchers also collect separate data on “labor protests,” defined as a “collective action by a group of people as workers but without withdrawing their labor in order to express a grievance or enforce a demand.” They reported 50 labor protests in October and 587 in 2021 year to date.

A Longstanding Lack of Labor Support

For years, many people in the United States were not very supportive of unions, and this has had a dramatic impact on not only wages and benefits within unions, but also on what is happening in the private sector, says Russell Kamp, managing director at Ryan ALM. When labor participation was at its highest, benefits and wages were elevated for everyone, he says, not just union workers.

In the late 1940s, many labor unions began demanding defined benefit (DB) pension plans, but as industries began to evolve with new technology and government regulations, the country saw a broad switch to defined contribution (DC)-style 401(k) plans, Kamp says. He notes that the decline of DB plans has helped to fuel several labor issues, including an inability to retain employees. Simply put, he explains, more people today feel comfortable quitting their jobs or protesting their working conditions because they are able to move their DC assets to another company—instead of having to work a certain amount of years to be vested in a pension.

The Bureau of Labor Statistics (BLS), which only records major work stoppages involving 1,000 or more workers lasting one full shift or longer, has recorded nine stoppages so far this year, involving a total of almost 19,000 workers, as of September. In comparison, there were only eight such actions in all of 2020.

There were 194,000 jobs added to the economy in September, according to BLS data. The unemployment rate remained higher than the recent past, at 4.8%, with at least 10.4 million job openings in August—a sizable figure but less than the record 10.9 million openings reported in July.

As Kamp explains, the high rate of workers quitting their jobs mixed with millions of job openings has resulted in workers gaining more leverage to bargain for better pay, working conditions, benefits or union recognition.

Still, the labor movement is facing challenges across the country, and the majority of Americans see the long-term decline in the share of workers represented by unions as a bad thing for both the country and working people, according to a Pew Research Center survey conducted in April. Fifty-six percent of respondents said the large reduction over the past several decades in the percentage of workers represented by unions has been bad for the country, and 60% say this has been bad for working people.

“The pandemic has revealed how many people in this country can’t make ends meet in the current system, even as they are working full time,” Kamp says. “It is unacceptable, and it is a real policy issue. It is a measurable macroeconomic issue. If we do nothing to address income inequality, you will eventually see too few people demanding goods and services, because they are the only ones who can afford to do so. The whole economy just collapses.”

For the private sector to meet its staffing needs, private employers need to provide benefits and compensation that are comparable to or better than union employers to draw in employees, Kamp says. With unions lacking, the country has barely kept pace with inflation, which is not good for a healthy economy.

“We need people demanding goods and services. We need everybody to have the financial wherewithal to actually be able to fund a retirement,” Kamp says. “Unfortunately, today we have a significant percentage of our working population that just doesn’t have the discretionary funds to support retirement when their day-to-day needs aren’t being met.”

Kamp says he believes that strengthening unions will also naturally help to stabilize and improve the outlook for DB pensions, both those sponsored by individual employers and those operated by multiemployer unions.

“As the unions themselves are saying, we need smart pension reform,” Kamp adds. “The previous reforms under MPRA [the Multiemployer Pension Reform Act of 2014], in my view, have ultimately harmed participants and beneficiaries. We have seen sizable reductions of promised benefits, and so we need further reform that works in the interest of participants and beneficiaries. We need pensions, those operated by unions and individual employers, to be a healthy and stable retirement vehicle for a growing workforce.”