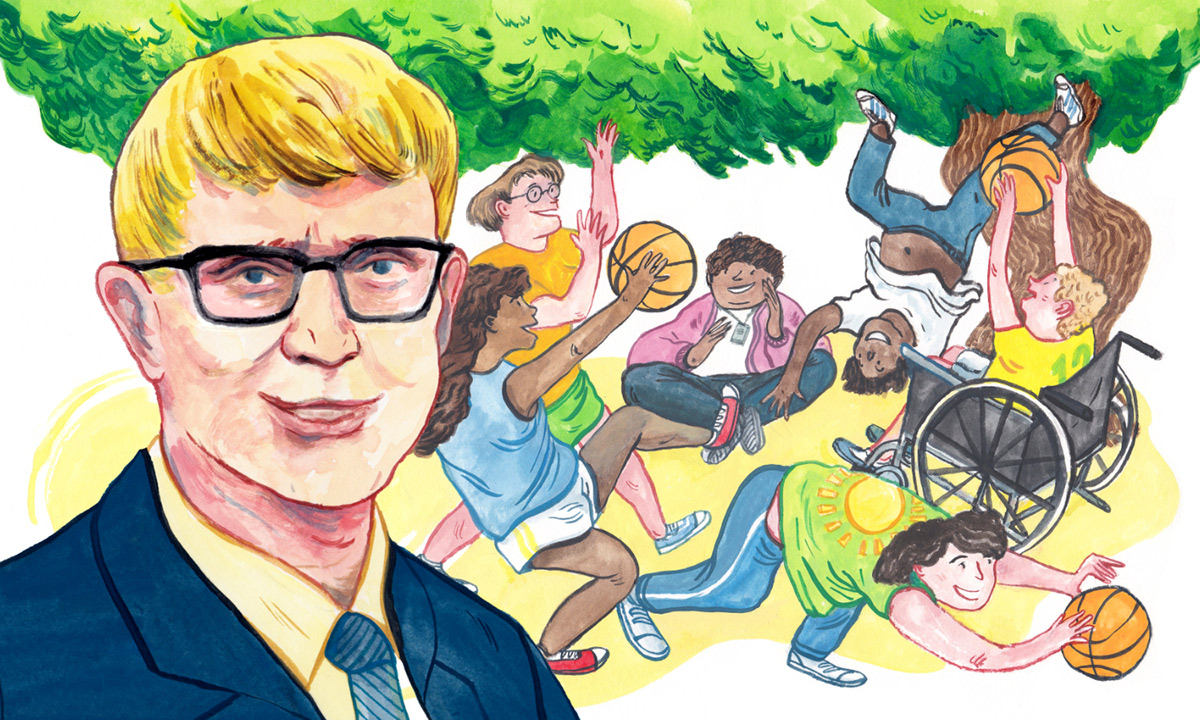 Sean Patton has been featured in a number of PLANADVISER stories lately, most recently in a feature published in our latest print edition in which he discusses the effort to expand retirement plan advisory practices into new lines of business, including financial wellness and health care-focused consulting.

Just last week, Patton revealed that his Rochester, New York-based advisory firm, Westminster Consulting, would become part of OneDigital, adding to what has already been a record-setting pace of adviser industry mergers and acquisitions (M&As) so far in 2021.

Beyond these topics, Patton also recently took time to speak with PLANADVISER for our Advisers Giving Back Profile series. In the conversation, recounted and edited for clarity below, Patton explains where his passion for giving back comes from and offers some suggestions for his industry peers who may be thinking about giving back to their local community in some way. (Spoiler alert, he says go for it!)

Like the other advisers profiled in this series, Patton feels compelled to pay forward his good fortune and to use the skill sets he has developed as an adviser to make the Rochester community a better place for everyone, especially those who are battling breast cancer and those caring for family and friends with disabilities.

PLANADVISER: We are always looking out for advisers who are involved in important causes in their communities. During our planning discussions for a recent webinar, you spoke about various projects and groups you are engaged with, including the Rochester Rotary, Camp Haccamo and the Breast Cancer Coalition of Rochester. What does giving back mean to you?

Sean Patton: Well, my father was a social worker and he was also always giving back, beyond the work he did for his day job. Additionally, I went to a Catholic high school, and community service was a big part of what we had to do to succeed and even to graduate. Eventually, when I graduated from college and got into the working world, I started giving back right away. It was the right thing to do. At first it was only with time, right, because I didn’t have any money.

I think it was a client of mine who introduced me to the Rochester Rotary. It was a great way to get to know the community we had just built a house in, while giving back. I have been involved with Rotary in different ways over the years. I became the president of my local Rotary before eventually becoming the president of the board of Camp Haccamo, which is a camp we run for children and adults with disabilities in the summers.

As I got older and had my own kids, my involvement shifted, and I helped the local Rotary oversee the foundation for what was then Camp Haccamo, and which has since become associated with the Sunshine Camp. Today, I’m helping them to prudently oversee a few million dollars of resources, and it’s actually very similar work to what I do for some of my clients.

Stepping back, giving back is the right and moral thing to do, and it does connect you with the community in a deeper way—personally. It’s not about business, it’s about community building.

PLANADVISER: Have you been able to leverage your business skills while giving back? So many of the advisers in our space have just the right skill sets to step up and offer their knowledge and their charisma to some great causes.

Patton: Yeah, I think that’s right. We can repurpose the skills we use every day, just without the retainer attached to it, frankly. The skills I use in running Breast Cancer Coalition of Rochester’s golf tournament are definitely related to the skills I use in my practice. You’re negotiating prices for vendors and venues. You’re negotiating with sponsors, and, at the end of the day, it’s about maximizing the money raised—not having the coolest golf tournament.

PLANADVISER: Tell us about Camp Haccamo and the Sunshine Camp.

Patton: I’d love to. Camp Haccamo has been around for ages. It is a local institution in the town I live in, called Penfield, New York, and it’s always been supported by our local Rotary chapter.

Camp Haccamo was an interesting space historically, in that it was plopped down between a manufacturer and a lower-income residential community. I say that because we were basically landlocked and it meant we were somewhat limited in the programming we could do. But even then, it brought amazing smiles to the faces of the kids and young adults who came to the camp. They came for a week and it gave their families a respite from their care routine for a week. They got to enjoy a pool, hiking and games, but longer term, we felt we could do something better.

The Sunshine campus had also been around for a long time as well, run by the ‘big bad’ Rochester Rotary, as we saw it at the time. A little history here: For some 30 years, the Ladies Professional Golf Association (LPGA) tournament had a stop in Rochester, and all the money raised by that tournament went to the Sunshine campus, which was doing the same thing Haccamo did, just on a much bigger scale and on a huge piece of quality land.

So we basically decided to sell our piece of land and put those proceeds into the Sunshine foundation and become one big happy family in serving those with disabilities in Monroe County. I sat on the board as president of Camp Haccamo as that whole evolution happened, and we now have a fabulous piece of land for these kids, young adults and now adults as well.

PLANADVISER: Do you have a personal connection to the breast cancer research and advocacy issue? We all do, as human beings, of course, but has your family been personally impacted?

Patton: Yeah, it’s an interesting backstory. Initially, a friend of mine came to me around about 2000 and said he wanted to work with me on a charitable event. He had family members battling breast cancer, and at the time, the Breast Cancer Coalition of Rochester was still in its infancy.

I lost both of my grandmothers to breast cancer. I had a wife at the time and I now have a daughter, so it was a no-brainer to get involved. This group does spectacular work in a lot of different service areas. It’s been so meaningful to support this work. These ladies are bootstrapping these amazing programs at the local level, from doing critical advocacy in Albany to providing sick people with yoga classes to creating scholarships for doctors doing cancer research. It’s incredible.