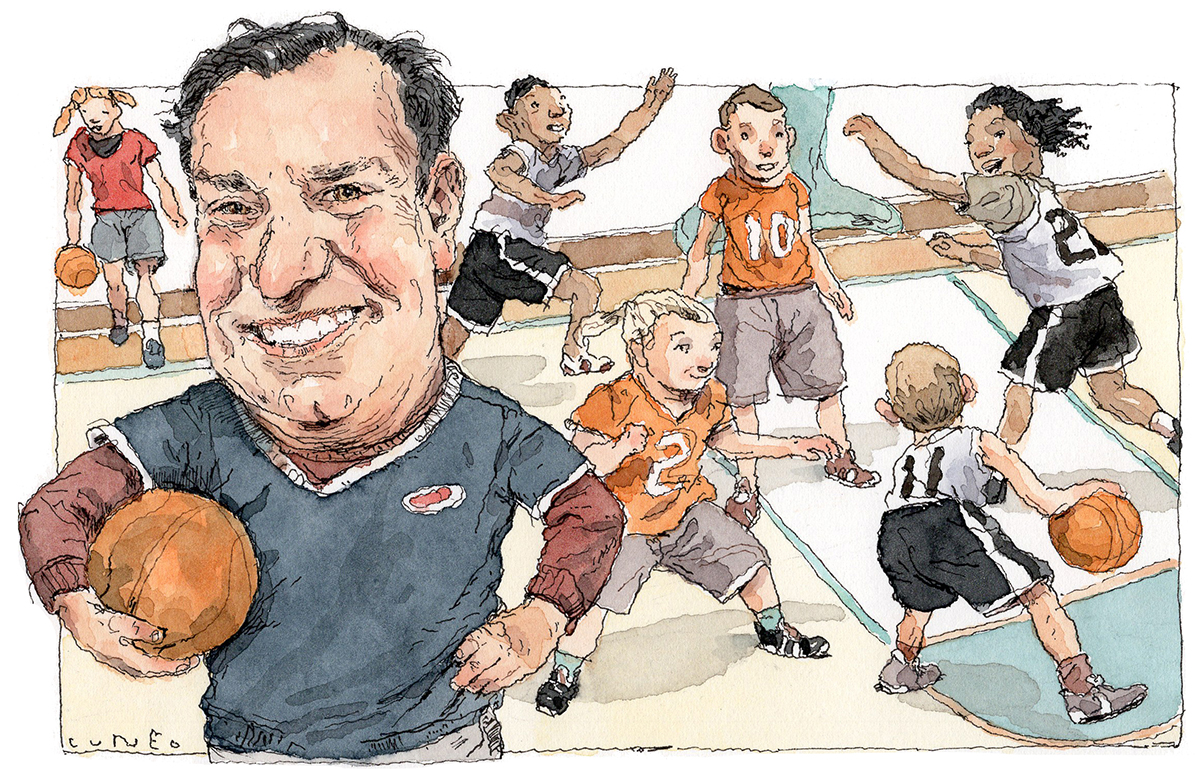 While some of the stories featured in the PLANADVISER Advisers Giving Back profile series involve a single cause or charity that has featured prominently in a retirement industry professional’s personal life, others include a clear path of development and evolution.

The latter is certainly the case for John Barry, registered principal with JMB Wealth Management in Torrance, California, and one of the earliest winners of the PLANSPONSOR Plan Adviser of the Year designation. He says he initially learned a good deal about giving back from serving as a youth football coach to an economically and culturally diverse team of kids. After playing Pop Warner youth football as a kid, he knew the importance of having strong and positive male role models, and he thought coaching a team would be a good way to “pay it forward.”

“We always sponsored less fortunate kids to be on our team, and we’d only accept a team of kids and parents who were emotionally committed to this mission,” explains Kelly Barry, John’s wife and business partner at JMB Wealth Management.

John Barry admits that, frankly, he probably learned more from the football coaching experience than many of the kids, who were in a position to need more support than a caring football coach could provide. However, in coaching the team, John Barry says he and his family gained a renewed appreciation of the challenges presented to society and individuals by severe economic inequality.

“We did a lot of good, I think, but in the end I realized there were other ways that I could have a more meaningful impact,” he says. This led him to develop a local youth lacrosse league that still operates in the community today, though Barry has stepped away from its operation.

“The positive spirit and energy behind that project still carries on today, seven or eight years down the line, which is very special to see,” John Barry says.

Today, John and Kelly Barry dedicate much of their time to mentoring Eagle Scout candidates, including the first rising class of female Eagle Scout candidates in the organization’s history. The work involves helping kids identify and pursue their passion projects, the couple explain, with the ultimate goal of helping kids become more confident and more community-minded.

“We absolutely love this work,” Kelly Barry says, noting that it has, in a sense, become a full time job for her. “I now sit on our regional chapter’s Eagle board, and I’ve been able to work with probably 500 Eagle Scouts at this point, and about 100 of those were close mentoring relationships, where you work with the child from the time they get involved in scouting. They’ve done some truly amazing projects in our community.”

Kelly Barry emphasizes that not everyone who gets involved in scouting should feel obligated to pursue the Eagle Scout designation.

“The real key is to simply support the kids and help them identify where they want to go with scouting and community engagement,” she explains. “Not every boy or girl needs to become an Eagle Scout—that’s not the purpose. We’re teaching skill sets that kids just aren’t getting elsewhere today, like personal management and time management, and even fly fishing and knot tying. It’s about building character and confidence for the future.”

Before COVID-19 took hold globally, it was not unusual for John and Kelly Barry to host four to six Scouts in their home kitchen, where everyone could sit together and discuss their projects over breakfast or dinner.

“We have learned that we need to have a lot of food ready when they come over, let me tell you that,” Kelly Barry adds with a laugh.

Kelly Barry says she is particularly proud to be working with the first-ever class of rising female scouts. She says one young lady’s project was making COVID-19 care packages for the poor. The local homeless shelter had put out a call for everything from playing cards to new socks, hand sanitizer and clean masks.

“She lives in a small apartment with her family and doesn’t necessarily have the space to hold all these things,” Kelly Barry says. “John kindly offered to have all the things delivered here, to our home, and at one point we couldn’t even open the front door with the all boxes of donations. It was incredible.”

Warmed and inspired by their own experiences giving back, John and Kelly Barry encourage their industry peers to find their own passion project.

“To us, the most important theme is serving the youth, I would say, and helping to put them on a good trajectory for life,” John Barry concludes. “If you get to reach young people and help them to chart a positive trajectory for life, that’s so valuable. Helping people to prepare for a fulfilling and self-reliant life is incredibly important.”

« DOL Q&A: What’s Next with ESG, Fiduciary and Proxy Regs?