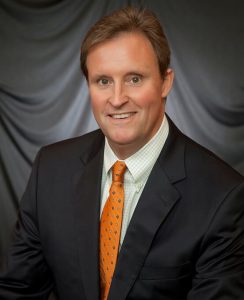 From the point of view of Stace Hilbrant, managing director of 401k Advisors in the Chicago area and the 2012 PLANSPONSOR Retirement Plan Adviser of the Year winner, the retirement plan advisory industry has seen “hugely important evolutionary changes” in the past eight years.

In some ways, Hilbrant says, there has been more change in the past eight years than occurred in the immediate aftermath of the passage of the groundbreaking Employee Retirement Income Security Act (ERISA) back in 1974.

Most notably, Hilbrant says, many advisory practices have shifted their emphasis from a focus on helping sponsors address their fiduciary responsibilities to working more for the participant individually.

“People take [working for the participant] more seriously than they did eight or 10 years ago,” he says. “There has been a sea change in the services available to participants and how sophisticated they are.”

For instance, Hilbrant notes that as early as 2008, 401k Advisors began talking about retirement readiness with plan sponsor clients and participants.

“We started talking about how well prepared people were for retirement readiness early on—such as replacing 80% of their salary in retirement, including Social Security,” he says. “No one knew what you were talking about back then.”

With the recent passage of the Setting Every Community Up for Retirement Enhancement (SECURE) Act, the Department of Labor (DOL) will soon require recordkeepers to project what participants’ balances would translate to in terms of lifetime retirement income, Hilbrant points out. He says advisers should work to make sure recordkeepers do a better job of explaining to participants how they arrive at those projections.

Over the past eight years, Hilbrant says, 401k Advisors has become more visible to plan participants, holding more group and individual meetings. The practice’s advisers make themselves available for any question participants may have—even giving them direct phone numbers.

In fact, since the coronavirus pandemic arrived in the United States earlier this year, 401k Advisors’ staff is on the phone nearly all day with sponsors and participants, Hilbrant says.

“Our phone calls have quadrupled,” he says, echoing comments shared with PLANADVISER by many other firms.

Another sign of the changing times is the fact that 401k Advisors now also provides advice on health care insurance as well as a financial wellness program. The practice also makes it a point to help workers understand the value of their retirement plan—particularly the company match.

“People are actually more productive when they value their plan,” Hilbrant suggests.

As far as the fee compression that has occurred in the past decade, Hilbrant says he firmly believes that practices which make a strong case for the value of their services can buck that trend.

One notable fact about the evolution of 401k Advisors itself is that the firm had $1.3 billion in assets under advisement (AUA) and 40 plans when Hilbrant won the “RPAY” award. Since then, the firm has grown to $1.6 billion in AUA but with fewer plans.

“The average client size is much greater,” Hilbrant explains. “Our clients now include some sports teams and high-profile publicly traded companies. We still primarily serve 401(k) and 403(b) plans, but our client base does include a few defined benefit [DB] and nonqualified plans.”

These days, 401k Advisors’ target market is plans with assets between $25 million and $300 million, Hilbrant adds.

The broader industry’s evolution is further reflected in the fact that Hilbrant’s firm now partners with only half the number of recordkeepers compared with 2008. The years of additional experience have underscored the importance of “sticking with those recordkeepers that have the best service models and the highest quality deliverables,” he says.

Hilbrant says he is very optimistic about what lies ahead for the retirement plan industry, particularly how artificial intelligence (AI) and voice recognition may be used. While some industry insiders think the virtual meetings that companies have been holding during the pandemic lockdowns may continue into the future, Hilbrant says he is not so sure about that.

“I happen to think that the value of having an individual with teams and committees meeting in person will continue to be appreciated,” he says. “Sponsors and participants appreciate the value of being able to call on someone face-to-face, who can be empathetic to their situation.”

Hilbrant makes it a point to volunteer. One of his clients, a professional sports team in Chicago, has a charitable foundation that helps families and children in lower-income neighborhoods, which he is involved in. He has also served as board chairman and continues to be involved in a school that helps blind and sight-challenged individuals learn skills so that they are able to work. Hilbrant says this organization helps 10,000 such people every year.

Asked what advisers could do to help participants be better prepared for retirement, Hilbrant points to a number of areas. First off, he says, advisers need to be “brutally honest” about what people need to save and how important it is “to follow the Dave Ramsey rule of thumb to live below one’s means and to come to grips with debt levels.”

“The fact is, the wage/wealth gap in this country is wider than we would like it to be,” Hilbrant concludes. “There needs to be a huge awakening in this country around taking retirement savings seriously and understanding how high health care costs can be in retirement.”