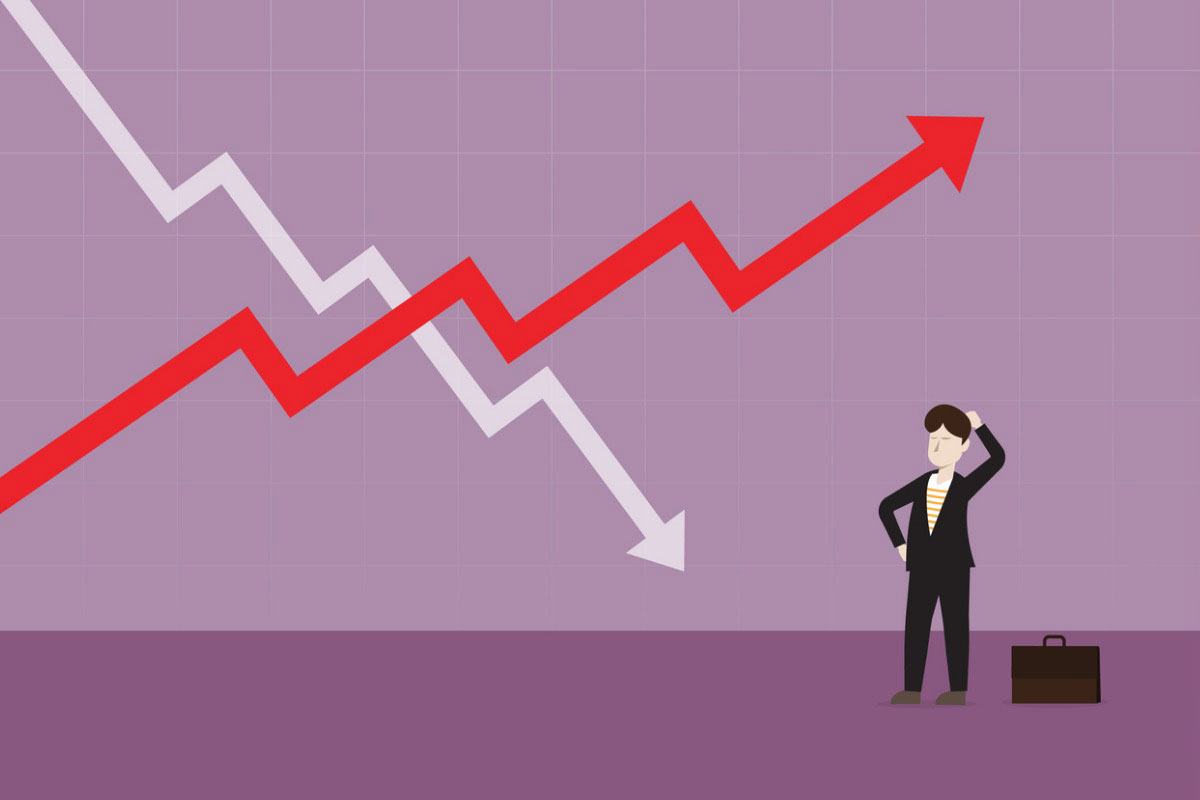 After a summer of relative economic calm, Americans are increasingly worried about retirement risks related to market volatility, inflation and COVID-19, according to a new study from Allianz Life Insurance Co. of North America.

The “Q3 Quarterly Market Perceptions Study” found that more people—54% in the third quarter—were worried that a big market crash is in on the horizon, compared with 45% in the second quarter and 52% in the first. According to the study, these worries came as cases of the Delta variant were on the rise and as the markets continued their volatile trajectory.

“People were feeling better about market risks to their retirement this summer when we saw that brief return to normalcy before getting a Delta-driven reality check,” says Kelly LaVigne, Allianz Life vice president of consumer insights. “Now, nearly seven in 10 (69%) say they are worried that the increase in COVID infections will cause another recession.”

As a result, more than one-third (36%) say volatility is making them nervous about their nest egg, and more than two-thirds (67%) say they are keeping some money out of the market to protect it from loss.

Notably, individual Americans thinking about retirement are not the only people worried about their return targets and the market environment over the next few years. Institutional investors representing more than $12 trillion in assets under management (AUM) anticipate downward pressure on their ability to outperform against their return targets, according to the “2021 Fidelity Institutional Investor Innovation Study,” also just released.

On the one hand, respondents to the Fidelity research nearly doubled their expected required rate of return in 2020. On average, they experienced a 12.3% actual return for 2020 compared with the average 6.3% expected return. Yet, looking forward, only 54% are confident they will achieve their expected target rate of return over the next three years.

When institutional investors were asked about challenges they are experiencing, the top answer, at 40% of respondents, was reaching for yield generation—that is, being forced to take on more risk for the same level of return. Thirty-nine percent of institutional investors confirmed they are taking on more total risk in their portfolios than three years ago, and 37% said they are not comfortable with the total level of risk in their portfolios.

“This year’s study signals headwinds that have been putting pressure on firms to consider taking on more risk as they look for new sources of excess returns,” explains Vadim Zlotnikov, president of Fidelity Asset Management Solutions and Fidelity Institutional Asset Management. “As we consider the impact of potential future macroeconomic changes, this is an opportunity for institutional investors to re-evaluate their investment philosophies and decision making processes.”

In the Fidelity research, respondents selected their placement in an innovation category, based on their organization’s ability and willingness to experiment with new investment approaches and asset classes.

Most institutional investors in the study placed themselves in the middle, as either “early majority” innovators or “late majority” innovators. A smaller number of investors placed themselves in the tails of the innovation curve, with 5% identifying as true innovators and 18% as early adopters. Fidelity says the 13% of entities that identify as laggards help to demonstrate how widely investment and decision making approaches can differ in the institutional marketplace, depending on an organization’s orientation toward innovation, even among institutions of similar types and sizes.

When asked about challenges to their portfolios, laggards were somewhat more likely to report concerns about yield generation and risk management. Conversely, innovators and early adopters were more likely to find it difficult to source different investment ideas.

“There is no right or wrong approach to innovation, but by analyzing different investment philosophies, we hope to better understand and support the distinct needs and goals of institutional investors across the investment innovators curve,” Zlotnikov says.

Economic risks have fueled renewed interest in protection products, currently reaching levels not seen since mid-2019, according to Allianz Life. Its study found that people are increasingly likely to say it is important to have some retirement savings in products that protect from market loss (70% in the third quarter compared with 64% in the second). Further, nearly three-quarters (72%) say they would be willing to trade off some upside growth potential to have some protection from market loss.

Those with high investable assets (categorized in the study as being greater than $200,000) are even more likely to agree that it is important to protect retirement savings from loss (83%) and they commonly say they are willing to sacrifice gains for this protection (81%).

The Allianz Life study also notes that, in addition to concerns about the impact of market volatility on retirement security and interest in protection products, worries over inflation are also high—with many believing it will get worse and affect retirement plans. The study found that 78% of Americans expect inflation to get worse over the next year, and 69% say it will negatively impact their purchasing power over the coming months.

“With markets turning more volatile again and uncertainty lingering around the Delta variant, it’s logical that people might be looking for increased protection for their retirement savings, especially if they were negatively impacted by previous volatility due to COVID,” says LaVigne. “Leveraging protection products can be a good way [for investors] to participate in the markets so they don’t miss out on potential gains, instead of leaving money on the sidelines.”